How to Stop Falling Into Sin 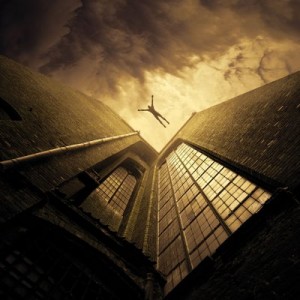 I am going to make some statements in this post that are strong and forward and I mean them with all my heart.

If you are going to profess Christ, you must get serious about staying free from sin. The cycle of sinning and repenting must be broken and you must resolve to do it at any cost.

If you are having a problem falling into sin and you are not willing to commit to following radical steps to get free and stay free, you probably need to stop professing – as you are just deceiving yourself.

In this post, I am going to give clear instructions on how to put a stop to falling into sin. If you “do these things” (2Pet 1:10) and continue in them, you are guaranteed by the Word of God that “ye shall never fall” (2Pet 1:10) into sin again.

1. Renounce the Sin-You-Must Teaching:
You must renounce the teaching that sin is compatible in any way, shape, or form with the Christian life. When I say sin, I am not talking about driving 10km over the speed limit, lacking patience with others, or being late for some commitment you’ve made. I am talking about willful sins such as anger, lying, viewing porn, giving into hatred, acting spitefully towards others etc… Things where you are clearly tempted and where God promised to “make a way to escape” (1Cor 10:13), but you refused to take it, and instead give into temptation and do what you clearly know is wrong because the Bible stands against it.

It is essential that you clearly understand Romans chapter 7, where “the evil which I would not, that I do” (Rom 7:19) and being in “captivity to the law of sin” (Rom 7:23) is the old covenant experience – where they were not converted in the sense that we are under the new covenant, but only justified. Also, in Romans chapter 8 where “Christ Jesus hath made me free from the law of sin and death” (Rom 8:2) is the Gospel experience – as “the law could not do” this (Rom 8:3).

It needs to be revealed to you that 1 John 1:8 is written to those that John declared the Word of Life so that they “also may have fellowship with us: and truly our fellowship is with the Father, and with his Son Jesus Christ” (1Joh 1:3), as those that don’t have fellowship with the Father and claimed to be sin free without Christ are deceived. It is those that claim to be Christians and “keepeth not his commandments” that are “a liar” and are deceived (1Joh 2:3,4), not those that are “born of God” and “sinneth not” and have the testimony that they “keepth himself, and that wicked one toucheth him not” (1Joh 5:18).

You need to see that when Paul held that he was a chief sinner (1Tim 1:15), it was because he was a blasphemer, a persecutor, and injurious to the church (1Tim 1:13). After he got saved, he had the testimony to have “always a conscience void of offense toward God” (Act 24:16), and noted “how holily and justly and unblameably we behaved” (1The 2:10) to the church of the Thessalonians.

God needs to show you that when Paul stated that there “is none righteous, no, not one” (Rom 3:10), he is referring to those “that understandeth” not and those that refuse to “seeketh after God” (Rom 3:11). Not to the Christian whom Christ has opened “their understanding, that they might understand” (Luk 24:25) or those that have been rewarded because they do “diligently seek him” (Heb 11:6).

Cast out this unholy doctrine that Christ doesn’t have the power or the will to “save his people from thier sins” (Mat 1:21). Plug your ears and cry “eternal life, eternal life”, when the priests of Baal plead for sin. Have no more to do with this foul, blasphemous teaching that holds we must sin in word, thought, and deed daily.

You will never become more Christ-like if you continue sinning, as “he that committeth sin is of the devil” (1Joh 3:8) and you never can be of the devil and be Christ-like at the same time. You can be no more a sinning saint (holy one) than you can be an honest thief, a chaste fornicator, or a sober drunk!

Renounce this teaching at once and have no more to do with it!

2. Pray For Godly Sorrow & Repentance:
You must get before the Lord and beg for godly sorrow that will work repentance unto salvation (2Cor 7:10). See the sins you have been committing as “exceeding sinful” (Rom 7:13). “Bewail” (2Cor 12:21) what a terrible example your sinning experience has been before your family, other Christians and the world. But you say “I thought salvation was by grace alone through faith alone and that it is not of works least we can boast” (Eph 2:8,9). Yes, that is right, but true faith will not be found where God has not worked godly sorrow and repentance in the heart. For it is “godly sorrow” that “worketh repentance to salvation” (2Cor 7:10). godly sorrow and repentance is the ground where saving faith for salvation is born.

Forsake every sin that you have been making room for in your life. Take radical steps that you “enter not into temptation” (Mat 26:41). If you have had problems with porn, get rid of the Internet. Yes that’s right! Get rid of it!Renounce the fleshly thought – that you want to hold unto that which has been a tool of Satan to have you deny Christ. If you have fallen into sin by looking upon a “woman to lust after her” (Mat 5:28) then stay away from the beach and the mall and avoid immodestly dressed woman at all cost. Run from them, flee, close your eyes, plea the blood! Whatever you must do! Take radical measures!

You may say “Why?… this sounds like bondage!” No! Your sinning is bondage. For by what “a man is overcome, of the same is he brought in bondage” (2Pet 2:19); this is the Bible’s instructions to get you free from bondage. Jesus said if your “right eye offend thee, pluck it out” and if your “right hand offend thee, cut it off” (Mat 5:29,30) and you complain at giving up the Internet, the mall, and the beach. Shame on you! You have yet to find godly sorrow.

It is not easy to break and turn away from a “form of godliness” that has been “denying the power thereof” and your habit of sinning and repenting over and over. You have seared your “conscience with a hot iron” (1Tim 4:2) by all your hypocrisy and all this going back to the barf and excrement of sin (2Pet 2:22) so many times. So make sure your godly sorrow is deep and true and your repentance is firm and solid.

3. Practical Christian Living How-to:
After you have made a clean start you now need to take steps so that you will not fall back into sin.

b) Find a spiritual person that has victory over sin and be accountable to them (Heb 10:25).

c) Listen very closely to and obey the voice of the Lord – who will be faithful to warn you when temptation is near (1Cor 11:32).

d) You must start your day with prayer and reading of the Bible (1Tim 4:13; 1Tim 2:8). This is more important than breakfast. Make sure you get to bed early so you can get up early and spend at least 30 minutes in devotions every morning. It is by faith that we have the victory over the world and quench all the darts of the evil one. Reading your Bible (Rom 10:17) and praying in the Spirit (Jud 1:20) will build faith.

f) Get a small New Testament and take it with you everywhere and take time out at lunch and breaks to read and meditate on some of the Word (1Tim 4:15).

If you have been having problems with sin, please print this out and put it on your wall and read it every morning and make sure you follow the instructions.

If you have victory over sinning, please take this short tract and give it to everyone that you know is having a sin problem.

Related Posts:
Pauls Experience in Romans Chapter 7
Grace Offered For Obedience
The Importance of Personal Devotions
Retire Early and Get up Early
Progress From Grace to Sin in 8 Steps

54 Responses to “How to Stop Falling Into Sin”