From The Scrub Tank To The Soothing Way 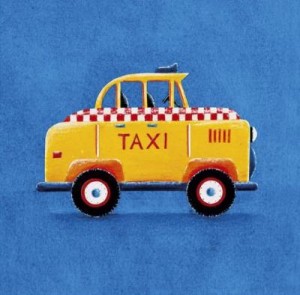 On Thursday evening, February 19, 2009, Shawn Sarka a taxi driver came to our house and asked if we would dress his burns. On the prior Monday evening he was putting wood in his out door furnace and the boiler exploded.

The pressure threw Shawn four feet and he had second and third degree burns on twenty-eight to thirty percent of his body. Instantly, he started to take his clothing off and he had a hard time doing it.

This was a small hospital so they transferred him to Hurleys, a burn unit in Flint, MI. He was having excruciating pain and they gave him more morphine.

He had burns on the left side of his face and ear, neck, chest, both arms, left shoulder, and upper right leg. When he was at Hurleys, he was in the scrub tank and he was in pain all the time.

Shawn and his wife, Denice, are good friends with Emmanuel Mullets, so Emmanuel and Martha came over with Shawn and Denice the first night. When they came to our house on Thursday evening, Sam quickly made some phone calls to the other care takers in our group as he saw it was more than we could handle alone.

Within an hour, Thomas Bardwell and Kevin and Franklin Heartwole were here to help. It took three to three and a half hours to dress it the first evening. After they had him dressed and all wrapped up he had no pain. He did not take any pain medication after that. Shawn said he slept well that first night.

We could tell that Shawn was very sedated when he got there. He kept telling us that he doesn’t have a lot of pain, but he flinched while we were dressing him.

At first we used fifteen rolls of conforming gauze, two or three rolls of tape, twelve to fourteen ABD pads, two or three moisture barrier, and thirty-two ounces of B&W salve, at each dressing.

The care takers took turns to come and help Same and me every day for three weeks to dress Shawn. We learned very fast that it takes a lot of supplies to dress an adult. The first week it took two to three hours to dress it, the second week it took around two hours, and the third week it took on and a half hours.

It was amazing to see how much better the burns were every twelve hours. With in the first week the old skin came off. Shawn drank a lot of fresh juices and protein shakes, which helped his healing process.

Things happened so fast the first night. I believe we were very blessed to have a group of care takers to help us. Shawn could not get his mitten off so he had a burn all around his wrist.

The second week he had swelling in that hand. Nuse Susan told us it has a tourniquet effect. Being the burn when all around the hand it shut the circulation off. So we wrapped it starting at the wrist up to the shoulder to push the fluid away from it. He also had to keep his hand elevated.

In a week, the swelling was gone. After wrapping the burned wrist with B&W, burdock, and conforming gauze, we wrapped it with an ace bandage, starting at the hand up to the shoulder spiraling it sharply. The nurse said this would help the circulation, and it did.

After eight weeks the burned area looks much improved. he is starting to work some now.

Note: This is published with the permission of Mark Stoll. You should feel free to reprint this article and pass it out or publish it on your website, but it must be printed or published in its entirety without altercation. I would ask that if you publish this article on a website, that you link back to this site with the below text that links to the home page and the Burn Treatments category.

The above HTML code will display the following:
This article on Burn Treatments was originally published on the More Christ Like Blog