I did a fasted 6km run this morning in 42min 13sec which is a pretty good time for me.

Time is not really important to me as I am not doing endurance or power training but just wanting to lose weight. But I thought I would see how fast I could do 6km.

Typically I have been running 6km in 50 minutes. So I dropped it down to 45min Saturday, 44min Monday and then I gave it a good go today and did 42min 13sec.

I weighed in first thing in the morning at 178.6, drank two cups of water which is 472 grams, and then weighed in after my run at 177.6. I have done this a couple of times and the weight difference between before and after the run usually around 2lbs.

I got a number of good thoughts in my reading of Proverbs this morning that I would like to share a bit on.

He who rejoices at calamity will not go unpunished (Pro 17:5 NASB). — Here is a warning to us all that we never be of a bigoted and sectarian spirit where we would rejoice and mock those that fall into calamities. The scripture “does not rejoice in unrighteousness” (1Cor 13:6 NASB) comes to mind.

An evildoer listens to wicked lips; A liar pays attention to a destructive tongue (Pro 17:4 NASB). — This scripture warns us that it is a evildoer and a liar that is quick to listen and believe false rumors that are spread about others. Other scriptures along this line are “The naive believes everything, But the sensible man considers his steps” (Pro 14:15 NASB), “He who gives an answer before he hears, It is folly and shame to him” (Pro 18:13 NASB), and “The first to plead his case seems right, Until another comes and examines him” (Pro 18:17 NASB).

So abandon the quarrel before it breaks out (Pro 17:14 NASB). — Quarreling between husband and wife, siblings, and brethren should never be. If you don’t have grace to discussion differences then go and pray until you do. When you find that discussions with a certain person typically digress into arguing, the discuss ends up being unprofitable, and at the end your regret having taken part in the conversation it is best to avoid any kind of discussions where there are differences with this person. Gracefully step out of the conversation as soon as you can see that the discussion is starting to digress. If it is a discussion that you must have then have a third party moderate it so that it won’t digress into name calling and dredging up past faults and failures.

He who justifies the wicked and he who condemns the righteous, Both of them alike are an abomination to the LORD (Pro 17:5 NASB). — Here is a good one for all of us. We need to be careful that we don’t justify the the children of the devil or condemn the the children of God. Those that do this are an abomination to the Lord. When I read this scripture I can’t help but think of the poor people from the Church of God Restoration sect that have doomed me to hell and have said that I am not saved because I don’t believe their sect is the one true visible church. May God have mercy on their poor souls and not impute this sin to their charge. And let us all beware of their terrible example and not follow it.

He who loves transgression loves strife (Pro 17:19 NASB). — Here is a good verse for those that like to argue or to debate. If you enjoy getting into doctrinal arguments with others and end up in strife the Word here says you love transgression. In fact a true child of God should be grieved in his spirit when discussions concerning the Bible digress into strife. And this is worse when it is done in public and unbelievers see you do it.

He who has a crooked mind finds no good (Pro 17:20). — If you can never find anything good to say about anyone or about anything perhaps you have a crooked mind. This should stand as a strong warning to those that have a tendency to see the bad in everyone and everything.

I also read over first Thessalonians chapter 3 and got a good thought there also.

and may the Lord cause you to increase and abound in love for one another, and for all people… so that He may establish your hearts without blame in holiness… (1Th 3:12, 13 NASB). — Here the Word indicates that if we want our hearts to be established in holiness we need to increase and abound in love for one another. The more love we have for the brethren the great our hearts are established in holiness. There is a verse in Colossians that tells us that we have more love when we have a greater hope. “…and the love which you have for all the saints; because of the hope laid up for you in heaven… (Col 1:4, 5 NASB). 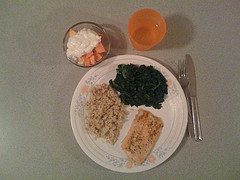